"My suitcase has been lost. Now what do I do?"

You've checked in your suitcase, you've gotten on the plane so hot and when you've arrived at your destination you've waited a quarter of an hour in front of the baggage carousel and... nothing, your suitcase hasn't come out. You have not wanted to put yourself in the worst, but you have heard about it on many occasions. Half an hour later, you take it for granted with disbelief and despair: "They've lost my suitcase."

What the Organization of Consumers and Users (OCU) tells us: if they have lost your luggage during the trip, "you must file a claim for lost luggage at the window of the airline that sold you the tickets, before leaving the airport, recording the incident in the Baggage Irregularity Report (PIR)". And, in addition, it advises confirming that the claim has been made "by submitting a letter to the company's Customer Service department". On the same OCU website, for example, you have a free model of this document. On the same site, in fact, you can even download it in doc format.

Baggage is not supposed to be declared lost until seven days after the event. Remember to keep the ticket at all times as it works as a contract and covers both you and your belongings, in this case, your suitcase. You also have to remember (very important) that the airlines have a period of up to one month to answer the claims, but we also have to tell you that, as the OCU spokesman, Enrique García, declared in El País in July of this year, "in most cases" these deadlines are not met.

So be patient, mindful and count to 100 because things are going to take a long time (in some cases).

With the Ryanair and EasyJet strikes in the summer of 2022, lost baggage claims have been in the limelight and we've seen it in the news many days in a row. The airline strike, the lack of personnel and the fact that this summer more travelers have traveled than the previous ones (due to the covid), although without reaching figures for 2019, has caused a lack of control and many luggage have arrived delayed or lost. 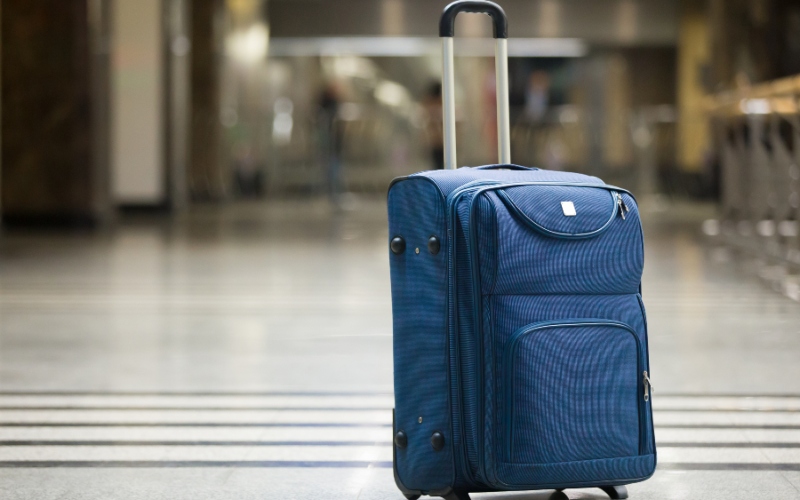 In a news article in La Vanguardia last June, we could read that 4.35 out of every 1,000 checked bags are lost or delayed, according to the latest Baggage report from SITA (Société Internationale de Télécommunications Aéronautiques). And, as the newspaper also commented, this happens more often on international flights than on domestic flights because the suitcase passes through more hands when there are connecting flights. What they also said in that news and that gives us certain guarantees and optimism is that a large part of the lost packages are usually recovered in a few hours, but, in any case, they also advise filing a claim with the airline.

It is also important to know: if it has not been lost but it has been damaged, you have 7 days from receipt of the luggage to claim it.

What do we consider delay and not loss? A bag is supposed to be late if it arrives 21 days or earlier. From that moment on, it will be considered lost and you will have to continue taking the appropriate steps to recover your luggage, in addition to those described above. You will have to make another claim for lost luggage.

If it is proven that your luggage has been permanently lost and cannot be recovered, you can claim compensation from the company. And, as regards economic compensation, you can receive a little more than 1,000 euros per suitcase at most, according to what is established. But airlines usually compensate by weight, that is, they pay a price for each kilogram checked.

In short, let's hope it doesn't happen, but if your suitcase is lost, now you know where to go and what steps to take.